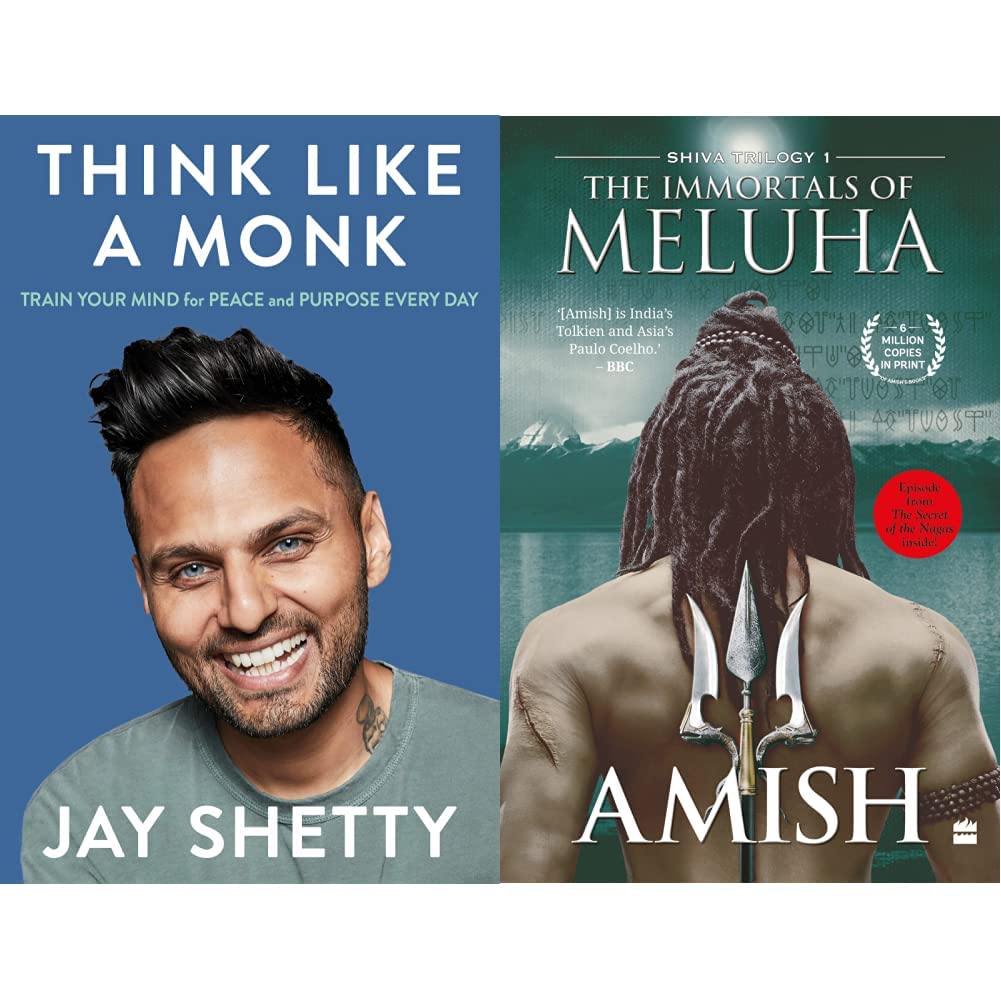 Think Like a Monk: The secret of how to harness the power of positivity and be happy now
Jay Shetty, social media superstar and host of the #1 podcast ‘On Purpose’, distils the timeless wisdom he learned as a practising monk into practical steps anyone can take every day to live a less anxious, more meaningful life. Over the past three years, Jay Shetty has become one of the world’s most popular influencers. One of his clips was the most watched video on Facebook last year, with over 360 million views. His social media following totals over 32 million, he has produced over 400 viral videos, which have amassed more than 5 billion views, and his podcast, ‘On Purpose’, is consistently ranked the world’s #1 health-related podcast. In this inspiring, empowering book, Shetty draws on his time as a monk in the Vedic tradition to show us how we can clear the roadblocks to our potential and power. Drawing on ancient wisdom and his own rich experiences in the ashram, “Think Like a Monk” reveals how to overcome negative thoughts and habits, and access the calm and purpose that lie within all of us. The lessons monks learn are profound but often abstract. Shetty transforms them into advice and exercises we can all apply to reduce stress, improve focus, improve relationships, identify our hidden abilities, increase self-discipline and give the gifts we find in ourselves to the world. Shetty proves that everyone can – and should – think like a monk.

The Immortals of Meluha (Shiva Trilogy Book 1) (Shiva, 1)
1900 BC. In what modern Indians mistakenly call the Indus Valley Civilisation. The inhabitants of that period called it the land of Meluha ? a near perfect empire created many centuries earlier by Lord Ram, one of the greatest monarchs that ever lived. This once proud empire and its Suryavanshi rulers face severe perils as its primary river, the revered Saraswati, is slowly drying to extinction. They also face devastating terrorist attacks from the east, the land of the Chandravanshis. To make matters worse, the Chandravanshis appear to have allied with the Nagas, an ostracised and sinister race of deformed humans with astonishing martial skills. The only hope for the Suryavanshis is an ancient legend: ?When evil reaches epic proportions, when all seems lost, when it appears that your enemies have triumphed, a hero will emerge.? Is the rough-hewn Tibetan immigrant Shiva, really that hero? And does he want to be that hero at all? Drawn suddenly to his destiny, by duty as well as by love, will Shiva lead the Suryavanshi vengeance and destroy evil? This is the first book in a trilogy on Shiva, the simple man whose karma re-cast him as our Mahadev, the God of Gods. 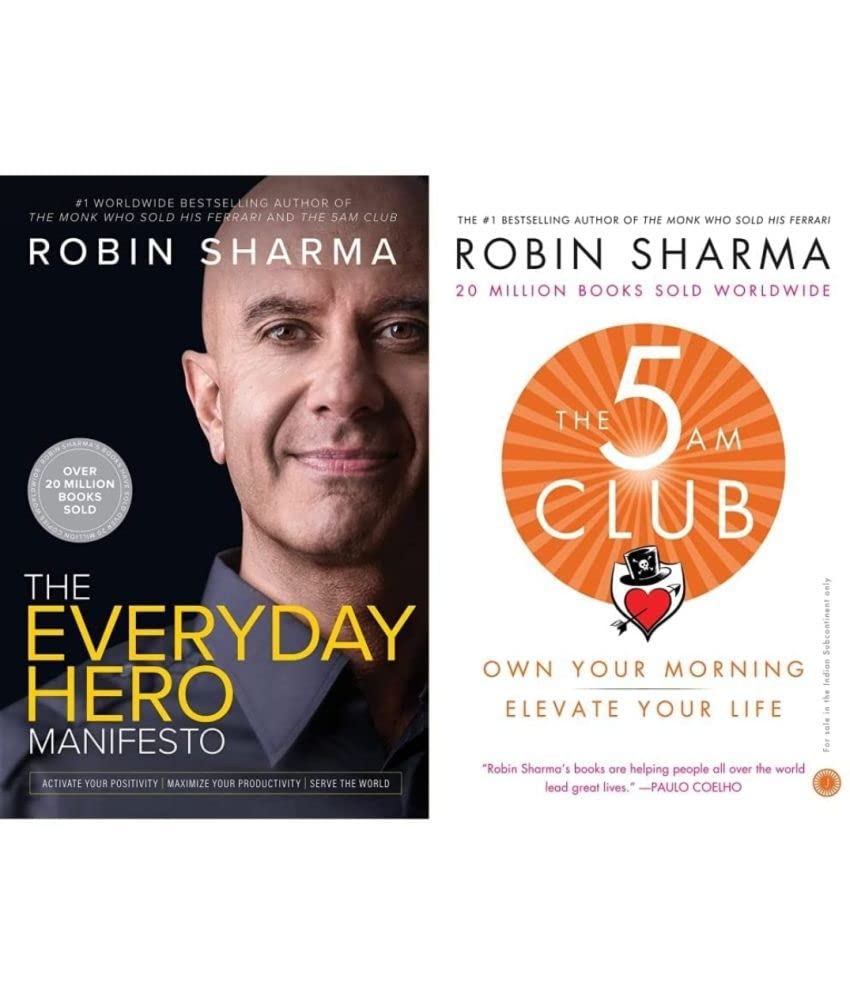 The Everyday Hero Manifesto + The 5 AM Club: Own Your Morning, Elevate Your Life (Set of 2 books) Paperback at wholesale price 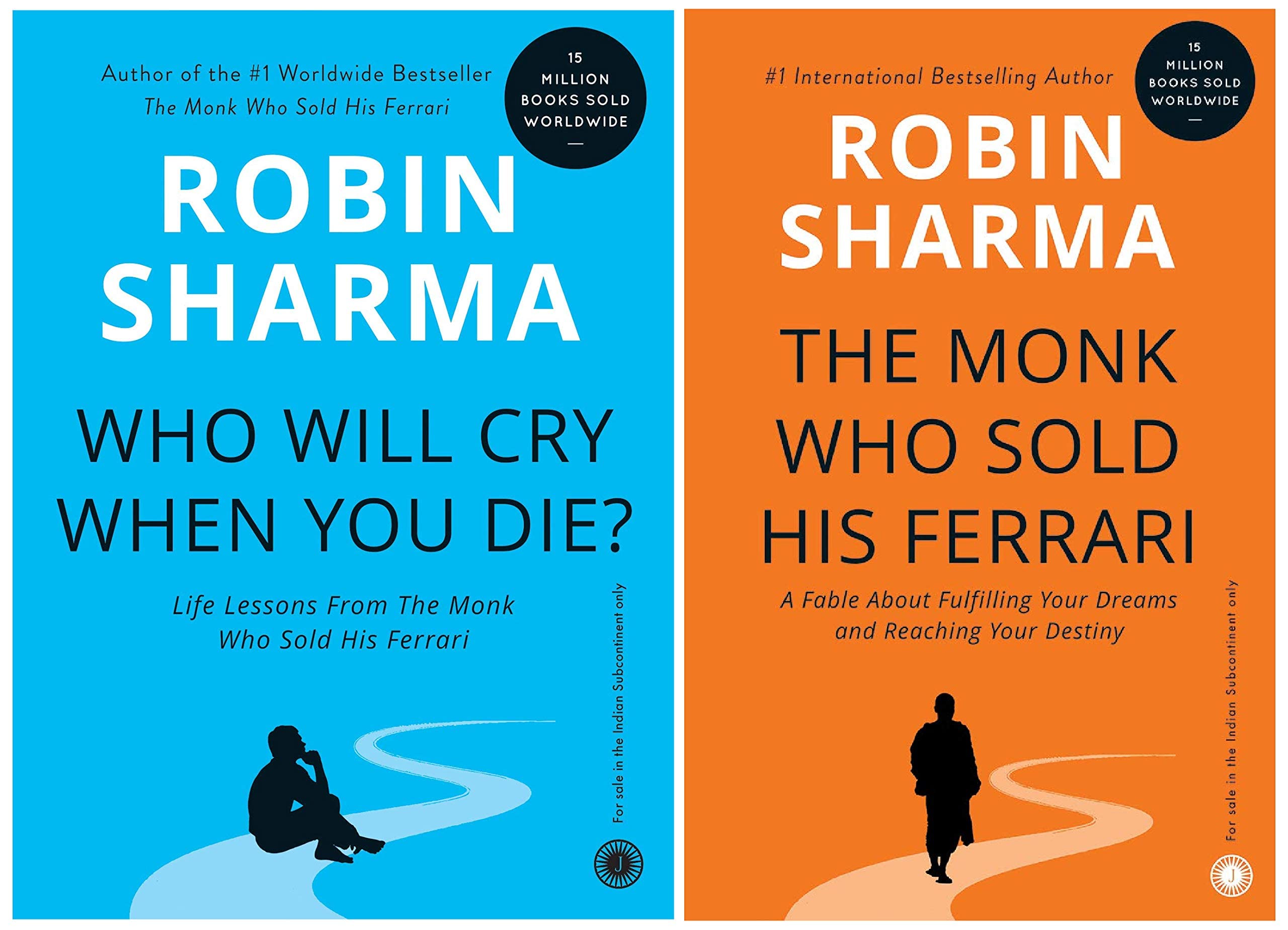 Who Will Cry When You Die?+The Monk Who Sold His Ferrari (combo) at wholesale price 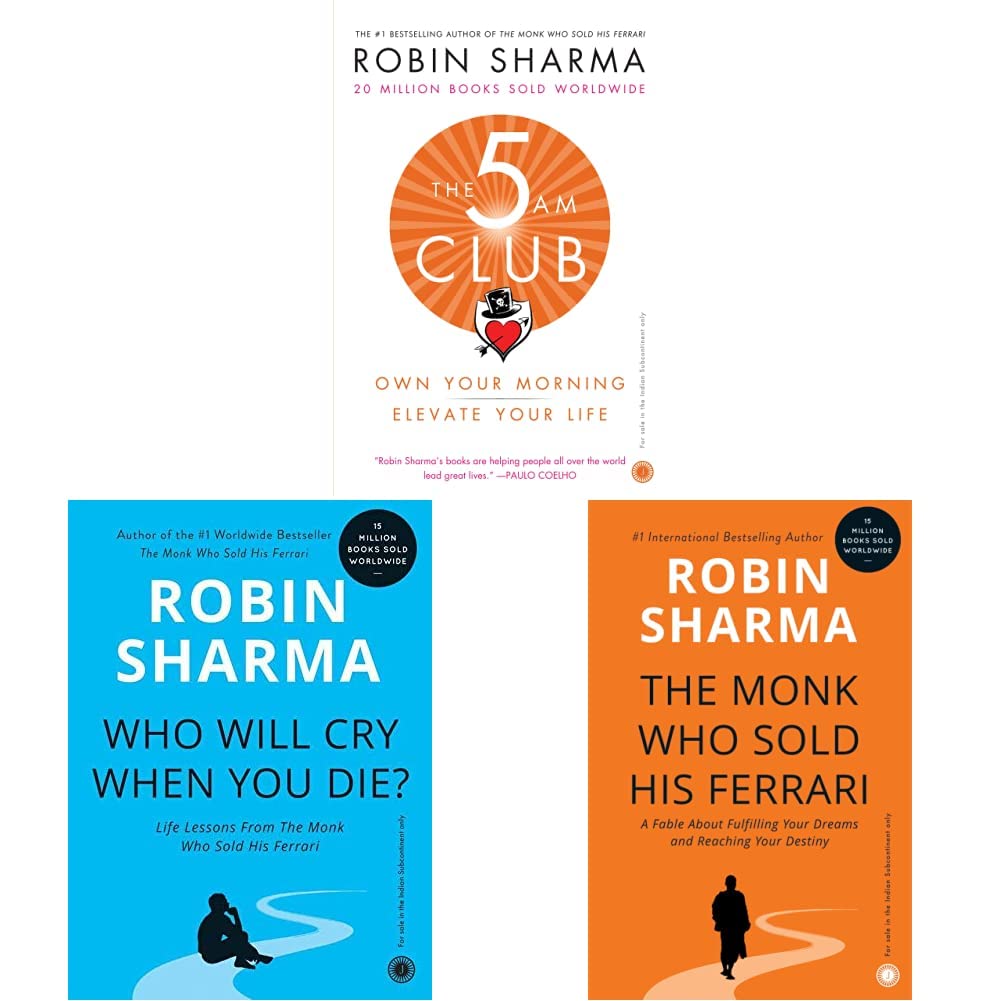 The 5 AM Club: Own Your Morning, Elevate Your Life + Who Will Cry When You Die? + The Monk Who Sold His Ferrari (Set of 3 Books) at wholesale price 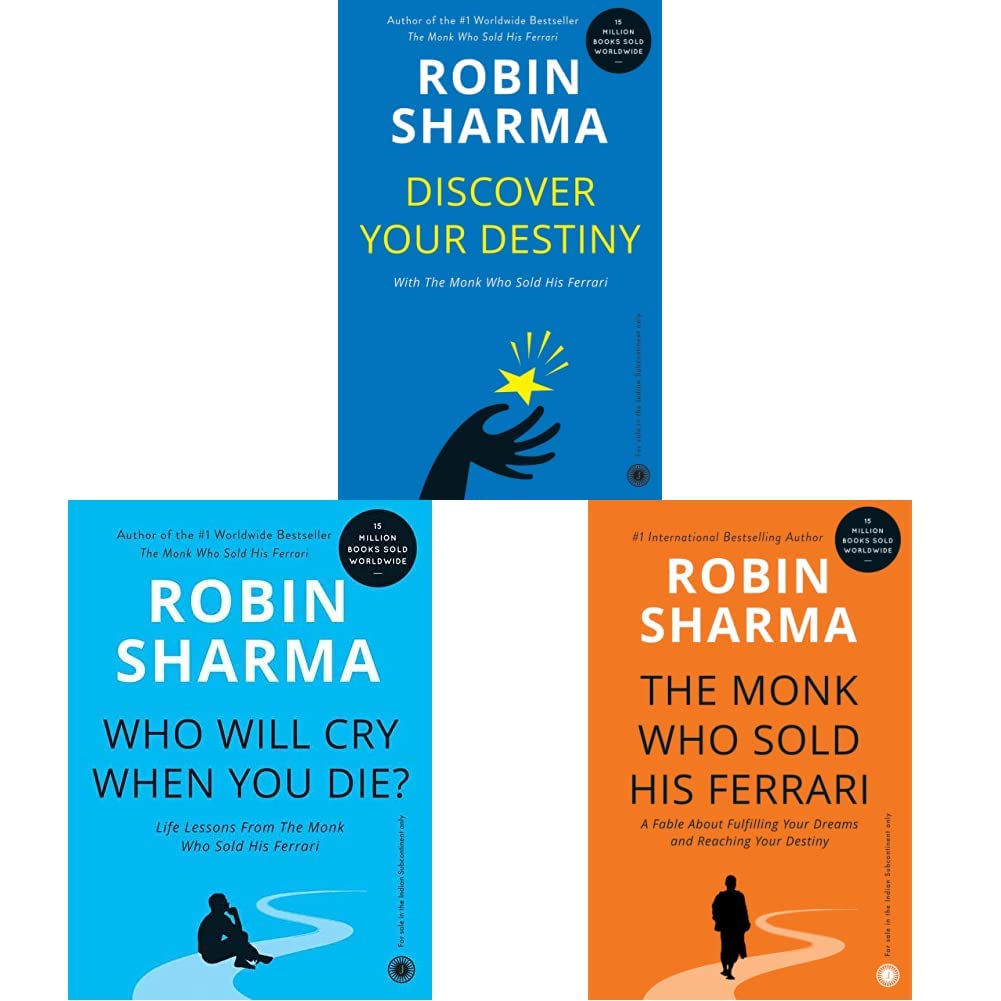 Robin Sharma Bestsellers – Discover Your Destiny + Who Will Cry When You Die? + The Monk Who Sold His Ferrari (Set of 3 Books) at wholesale price 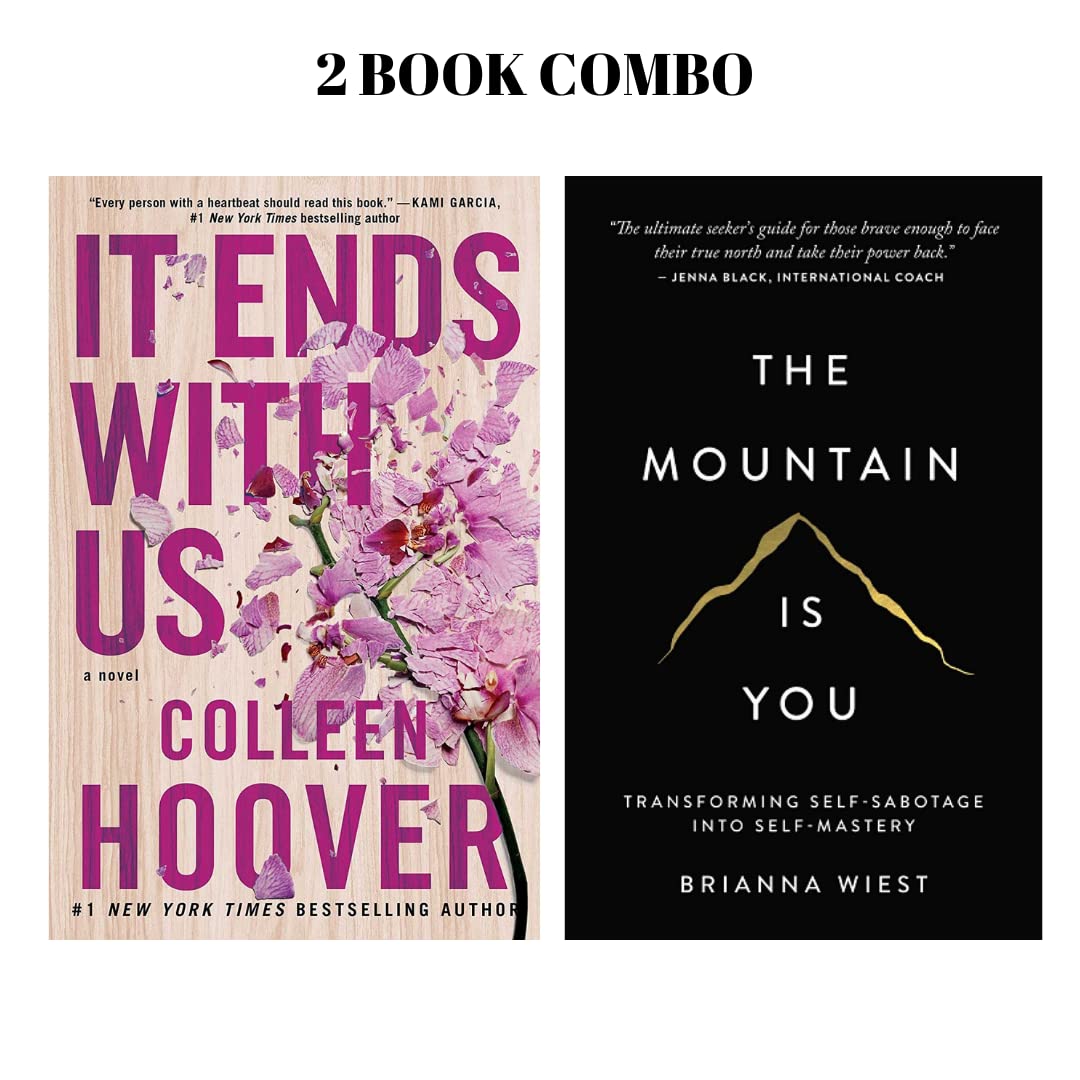 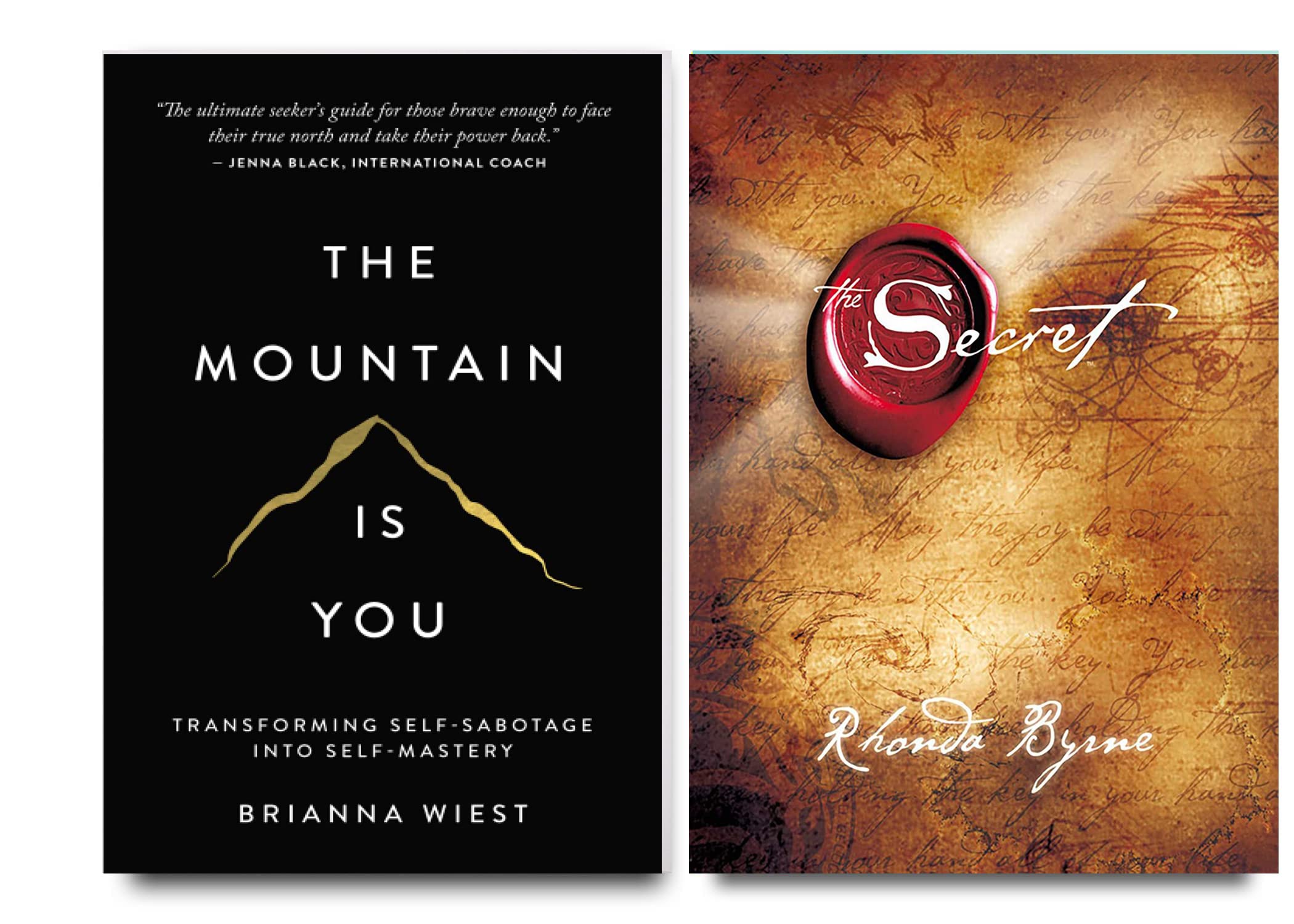 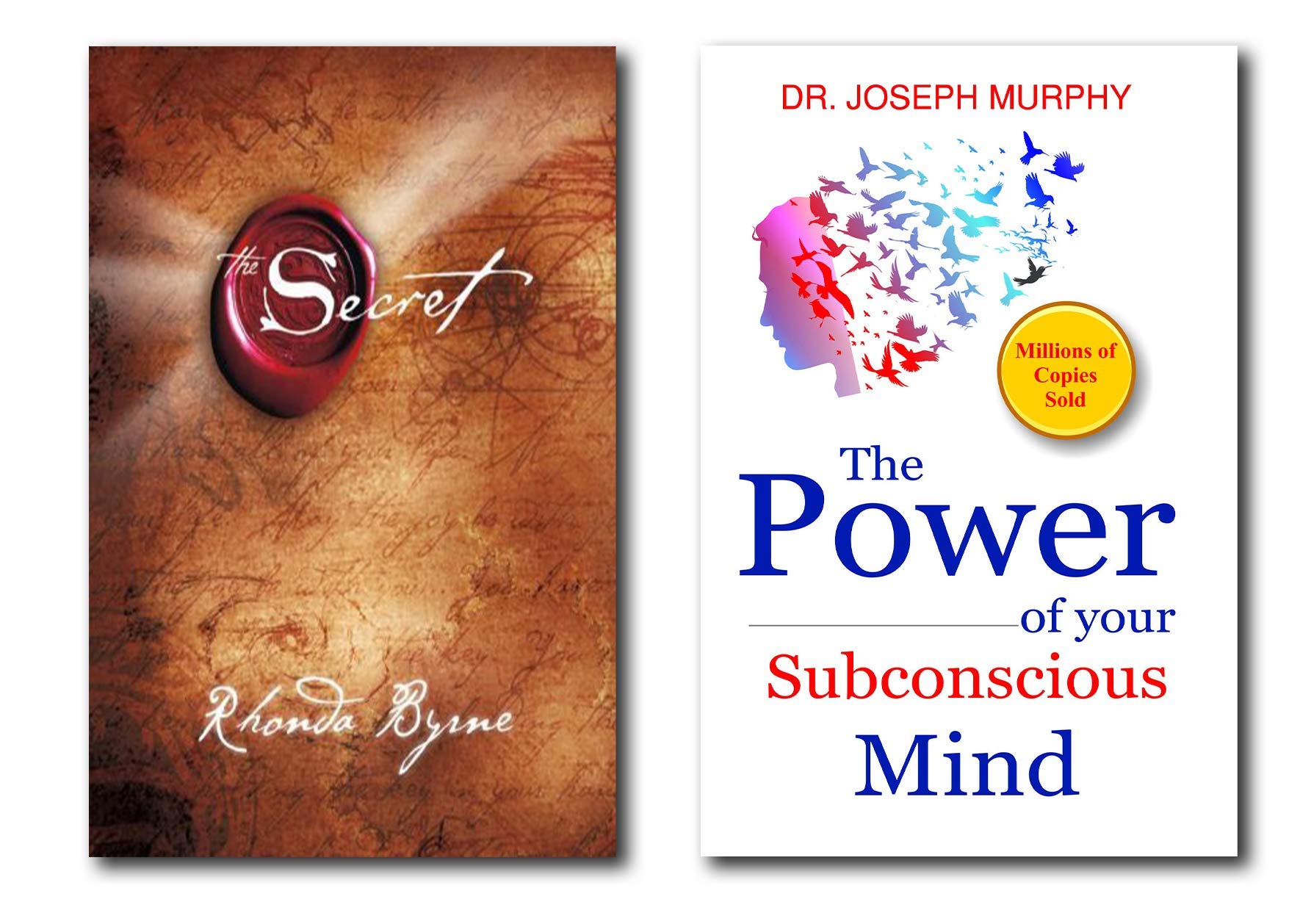 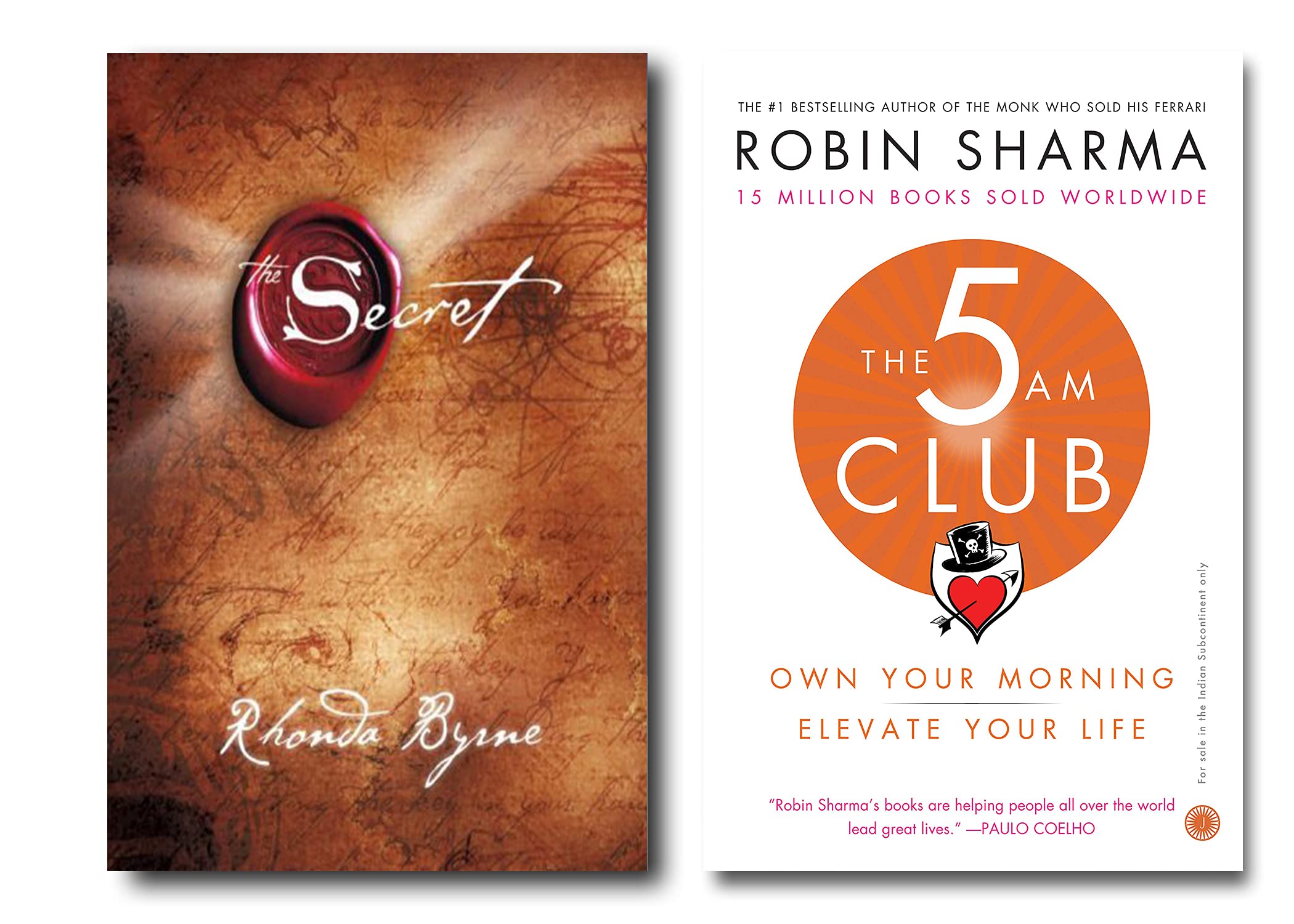 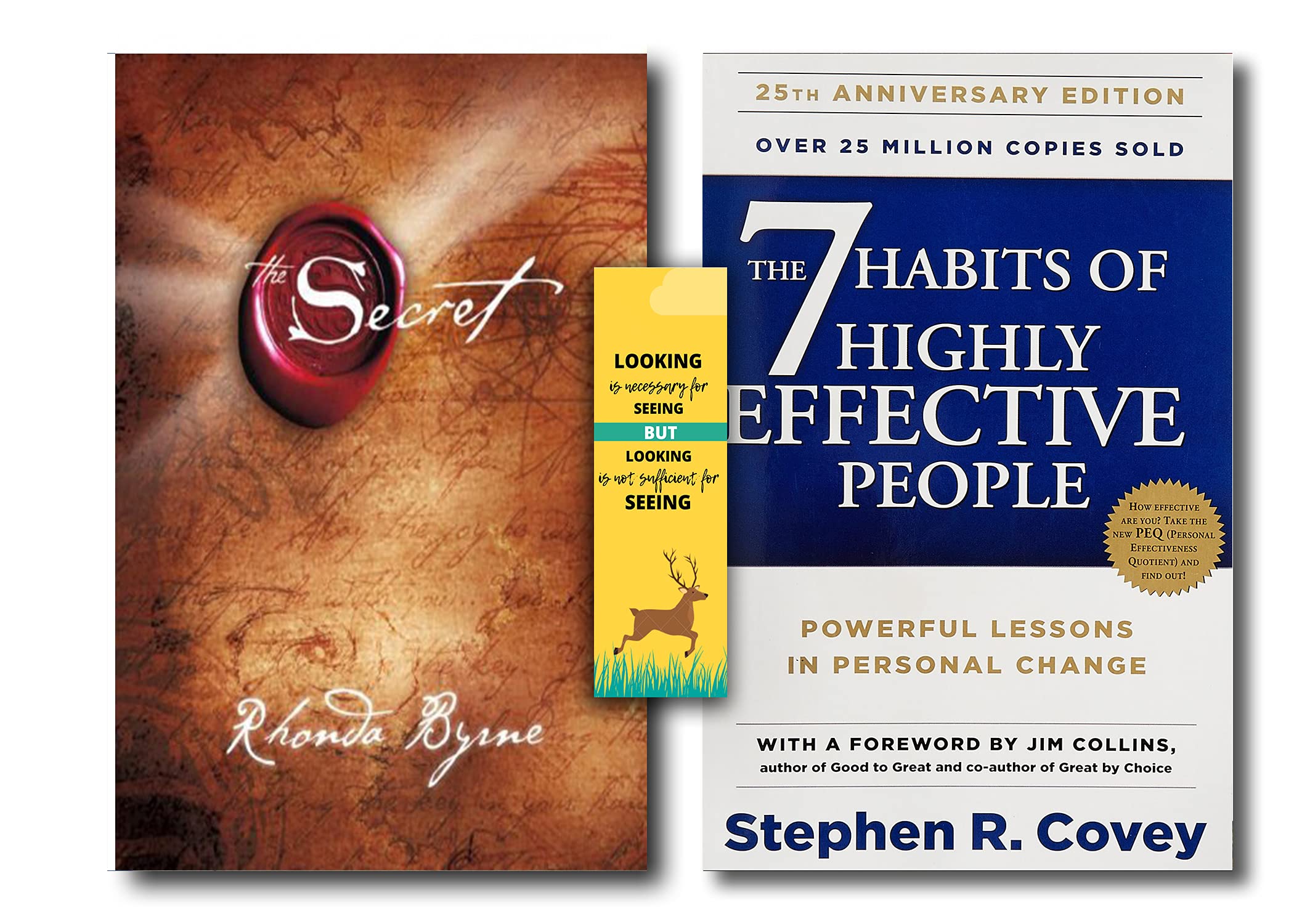 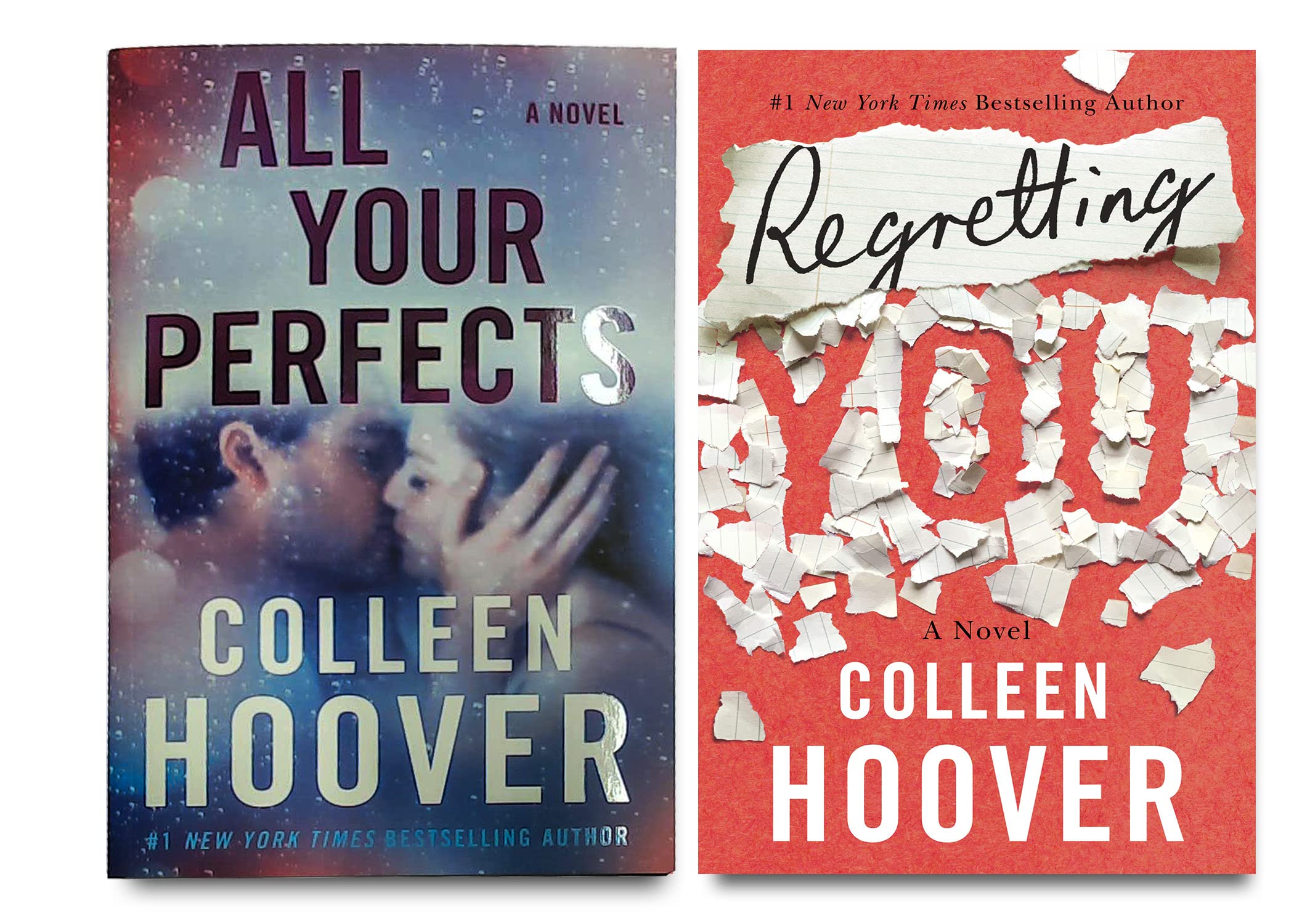 All Your Perfects + Regretting You (Colleen Hoover Combo) at wholesale price